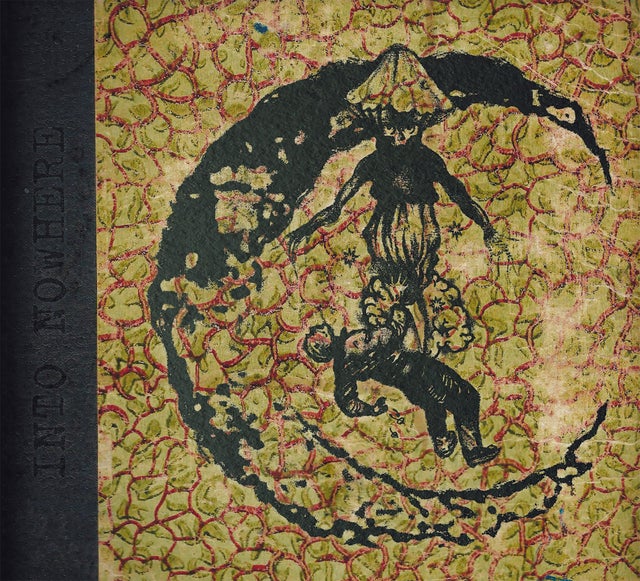 CAGE OF CREATION (RU) - Into Nowhere

Under that infantile night, wherein the sky was black as tar, the nefarious village band roamed aimlessly --- the frail shade of that glass-like silence disintegrated as they tiptoed through the stinky alley. They just kept walking, with motionless pupils, staring at that weary fish-eyed moon (who stared back at them with an unquenchable urge to belch --- just like themselves) --- stupefied, dead drunk, days of muddling amidst the most based debauchery, just aimlessly roamed, with fiendish minstrels dancing side by side --- as if the earth had been turned inside out and someone (something) was leading them into the bowels of the underworld, into Nowhere --- a dog barked, and the deceased faces creeping up on their shoulders with those rancid mumble-jumbles of theirs --- they knew well that there would be no return, that soon all of them would perish like those lurking from behind; and then, those spirits would erect from their corpses, like mushrooms, spawning their spores of madness. The End is Nowhere.

Unorthodox, experimental, and weird, while oftentimes possessing a bizarre yet enthralling charm, Cage of Creation's music has constantly been drifting alongside (and beyond) the boundaries of set genres. This circle of vagabonds (together with other associated projects) have, throughout the years, established a cult reputation within the Russian underground: their gloomy (but nonetheless idyllic) version of Black Metal pays earnest homage to forbearers like Forgotten Woods, Urfaust, LIK, and Furia, while an unhealthy dose of old Russian folk tunes and psychedelic rock has also created something unconventionally catchy in their music --- that nihilistic existentialism so unmistakably unique to the descendants of "Russian Soul."

Pest Productions will re-issue their first full-length Into Nowhere (Vinyl by Devoted Art Propaganda, 2016) as digipak CDs. If you are in thirst for well-composed Black Metal on the experimental side, or if you are just a fan of Eastern European psychedelic folk, Into Nowhere is undoubtedly a release you shouldn't miss. Stay tuned!