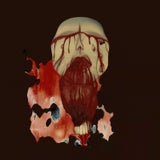 "This is the principle, the Only principle..." said the transcriber, sitting in that cramped attic which used to bear the name of "his spiritual safehouse", but had long been transformed --- transformed as gotten smothered, engulfed, or completely taken control, inside out --- by heaps of scrolls and notes accumulated over decades of his so-called "purest chasing of the enlightenment"; as such he spoke, without actually making any sounds, without pronouncing out loud those words or random assemblages of vowels and consonants --- one could say that he was pronouncing by remaining silent, that he was trying to comprehend (and hence, correcting, for his own sake) his hard-fought (and purest) discoveries --- years of the strictest contemplation over the "art of language" --- from poetry to philosophy; comprehending as he was, like many other unanimously molded occasions before, by first obscuring, then proceeding with a ruthless obliteration of the principle of such discoveries, by silencing and deliberate mispronunciation, until every bit of his findings --- every paragraph of his notes and scrolls --- had been rendered utterly incomprehensive, henceforth completely useless to the Humanity at large; this had always been his single one purpose, for he had always despised humanity with all the vitriolic malignance he could ever muster, not for their conspicuously impudent hypocrisy, but the fact that they --- his fellow compatriots --- simply couldn't handle the aftermath of seriously facing and scrutinizing his discoveries, for he had known all the time that "the knowledge and its patterns which he's been chasing after for so long burns like heavenly fire", that accepting thoughts and intelligence as such is tantamount to swallow its burning flames, to become "the Feuershlucker", to succumb himself --- first those "other principles" he'd once processed, then his entire being --- to that formless fire as a sacrificial offering, to transform by self-smothering, to transcribe by self-obliteration. Such manipulative incest of vowels and consonants had borne his third reminiscence --- "...this is the only principle," hence the Sage continued his deranged transcription-by-continuing-eradication: "Philosophy, poetry, linguistics, any other art of language, in principle shall always go against each other --- disprove, repel, mutilate, befoul, the annihilation is eternally mutual."

With Feuershlucker, the mysterious one-man-stormtrooper Vitriolic Sage has officially cemented his standing as one of the most crucial pillar stones of contemporary Chinese Melodic Black Metal. Building off of the craftsmanship he had already solidified in his previous output Ascension, VS continued his unmistakable approach of ravaging and hellish melodicism in Feuershlucker --- one would find its songwriting more abstract and delirious, even hinting at times the all-out berserk unleashing of mathcore-inspired rhythms, in tune with the increasingly oblique themes of linguistic chaos, without forfeiting his renowned composition style of atrocious consistency --- surely a modern classic！