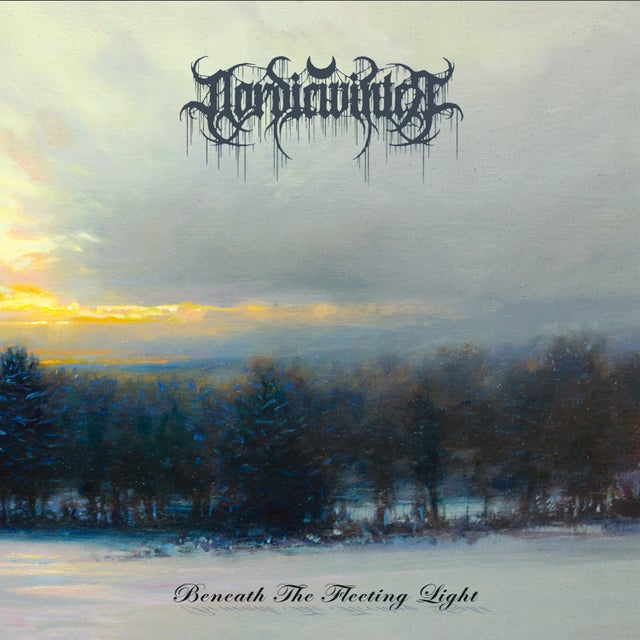 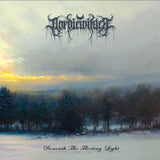 NORDICWINTER (CA) - Beneath The Fleeting Light

About a decrepit and desperate traveler and his last quest unto what truly lies underneath Nature's supposedly harmonious essence --- those seemingly awe-inspiring sceneries over whom others so laboriously praise, adore, contemplate and so forth, then associate them with scripts of romance and peace, to the extent that all those environs are enshrouded with a veil of genuine sacredness --- sacredness that is blinding, at least to him, the traveler long been worn out by those years passed and his previous quests --- hundreds of thousands, countless in fact, all those quests mirroring the same undertakings of others, of those who used to be close to him, those who had incessantly reminded him that life has a meaning, that one should strive to find hope and light amidst the reigning darkness, that the darkness won't reign forever --- but he now realizes, that those quests meant nothing, the notion of "countless" meant nothing, nothing but a bunch of placebo mockeries of one's own fate. Those who taught and encouraged him to undertake such quests had long been dead, passed away, forgotten, whatever you would call it --- an irrevocable ending he's doomed to embrace sooner or later, the traveler thought as he trudged across the taigas, staring fixedly at those dense woods of birches and spruces encircling the valley like some faceless wardens of a library rotten to its core --- bored and exhausted just like himself --- then at those mists of dark crimson hovering over the frosty air, at the rock spur in the far distance that's hidden by the blindingly pale moonlight. He thought, tears in his eyes, that the Moon is extraordinarily blinding, that the sacredness of Nature and its harmonies is horrifyingly blinding --- harmonies of such blinding sacredness no one (let alone him, a decrepit and desperate traveler who had long squandered away all of his humane wits) could process and comprehend --- everything is so hallowed, he conceded, everything lies underneath Nature and its harmonies of sacredness is so hallowed, his own memories, those quests of the past that ultimately led to a spiritual destituteness, all so hallowed, but he felt contented, as he now stands beneath the fleeting winter light, as an irrepressible urge to sleep surging through his entire shriveled body, as those forest winds blow their wordless messages into his frozen earholes, he felt contented that, after all, this last quest of his seems to reach its concluding stage, albeit everything he'd found so far only made him blind and exhausted, the burden of nothingness is so excruciating, he thought while staring at the fleeting winter light, such excruciating and hallowed burden, but it's near the end, and I could finally lay to rest, or would I? his question almost immediately torn to pieces by the forest winds --- their wordless messages is both a response and a calling, the only calling, he thought contentedly, that this is the calling of the end, that the only response he received was his own knell of death.

Moving from the grief-stricken mourning echoing in his last year's Le dernier adieu, Nordicwinter, the prolific Québécois BM bard of melancholy, returns with yet another fascinating piece of depressive black art depicting a devastating flight of death amidst the frosty taiga, beneath the fleeting Northern Light --- any fans of his previous releases will definitely find what they yearn for in this latest output. It is scheduled to be released via Pest Productions as digipak CDs, limited to 500 copies, on October 30th. LP later！Stay tuned!