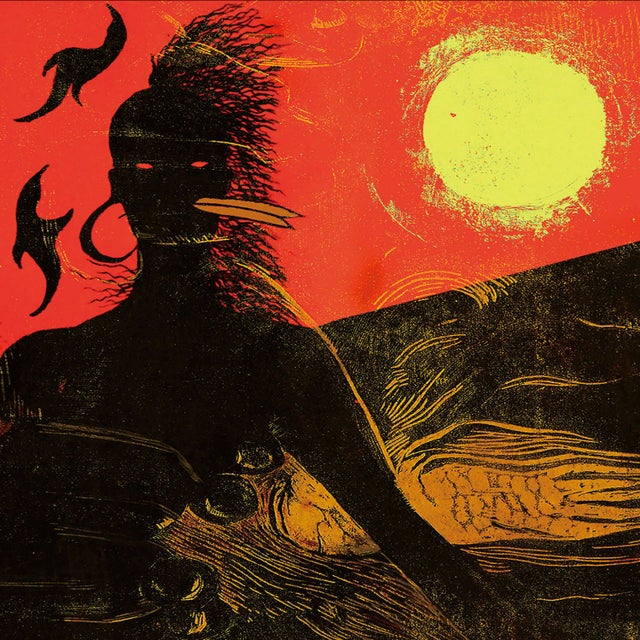 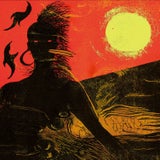 The luxuriant solitude of the solemn mountains that those shape-shifting spirits adore and worship, pilgrims in the skin of birds utter a voiceless sigh: nothing is certain except the irrepressible ecstasy bequeathed by the glaring suns watching above the sky. From rainforests to the burning dawn, those lost native children keep pounding their feral drumbeats; this time, more aggressive, more unhinged, while nonetheless exquisite ---- from Kaatayra to Vauruvã, the thunderous marching of the ancient beings among the labyrinthine wilderness continues.

While Kaatayra put out his final swansong last year, the Brazilian folk black metal genius Caio Lemos carried on his legacy with Vauruvã, this time with Bruno Augusto Ribeiro on vocals and lyrics. Their debut full-length Manso Queimor Dacordado released last year once again attested that Lemos is undoubtedly one of the most talented composers and performers in the current Black Metal scene. In Manso..., Lemos' trademarked style of Atmospheric Black Metal rooted within Brazilian traditional folk and Indigenous music of the rainforest is further pushed into a more progressive (and hence, more full-fledged) direction; the lengthy but captivating song structures, ferocious like them unpredictable Cascadian streams, are well complemented by Ribeiro's excellent role as the vocalist and his poetic lyrics. The end result is nothing but pure sonic sorcery, with a tragic yet majestic undertone: a dirge towards the Native land's serene eternity, while thousands of wild-flames bloom like celestial flowers.

It's such a pleasure that Pest Productions will release this masterpiece in digipak CD format this March. This is a gem that any fans of atmospheric/folk black metal (or if you just enjoy good song-writings) should not overlook.