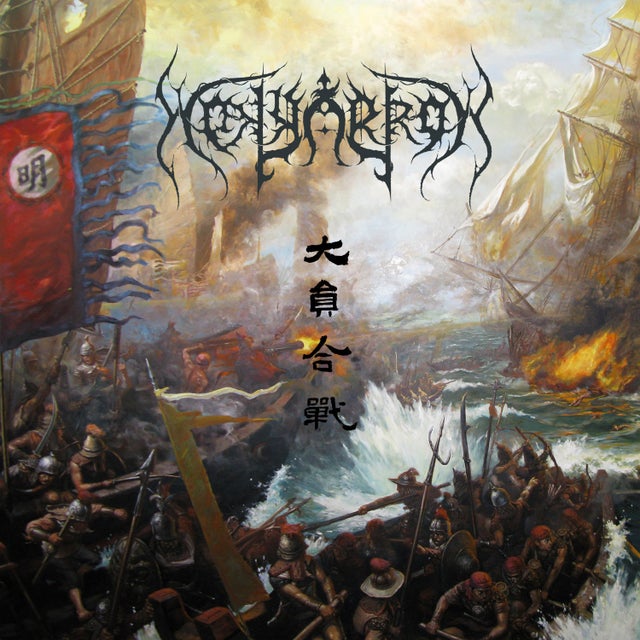 This EP will NOT release other format

Embodying the majestic valor of the Royal Emperor, the furious array of war fleets relentlessly sailing eastwards, crushing through the pulsating tides. Resolute and courageous, even the most fearsome guardians of the sea were stunned —— like war horn, their whalesong foreshadowed the amount of brutality and the destined victor. the Siege of Fort Zeelandia where the army of Koxinga eventually prevailed, ending the Dutch East India Company's 38-year rule over Taiwan.

In memoriam of the 360th anniversary of His Majesty's passing, Holyarrow's latest EP "大員合戰" is thus an ode to this battle and the supreme bravery of Koxinga's army. Containing two songs, this EP once again demonstrates Holyarrow's trademarked execution of Epic Black Metal with traditional Chinese elements. Any fans of their past work won't be disappoint.

Pest Productions will release this great gem as 7'' vinyl on Feb 22nd, limited to 300 copies. This EP will NOT release other format. Let the celebration begins!