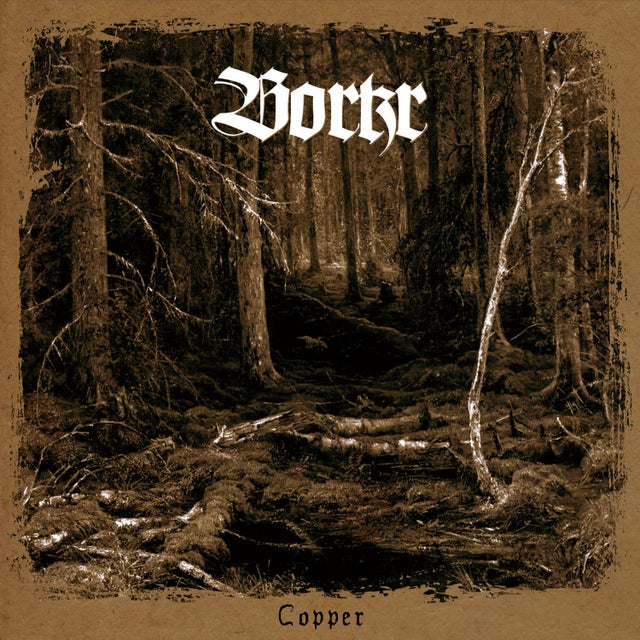 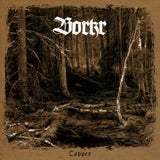 For anyone who is familiar with thehistory Chinese BM scene, the name "Borkr" should immediately conjureup a feeling of being lost in a raining autumn forest engraved in those murkydreams of the past --- those landscapes so distinct to the poetic soundscape createdby early Drudkh. This one man atmospheric black metal project has been widelyacknowledged as the Chinese answer to Drudkh's legacy with his one and onlyrelease "Amber" nearly a decade ago. His second full length, titled"Copper", was recorded shortly after the release of Amber yet nevergot released in any formats. It was also supposed to be the second part of atrilogy that ended up never happened.

The music in Copper may not match manyexpectations (especially for those into Amber) due to its downplay of that wellexecuted grandiose atmosphere in its predecessor. Without losing its brilliantmagik in those hypnotic and nature-evoking riffs, the sonic world ingrained inCopper is much more ancient and solemn --- one may even call it cloistral ---due to the overall low-fi production and (especially) that amateur spiritbehind those sloppy yet sometimes shamanic drum beats: many might associateCopper with those veteran spell-casters like early Urfaust and Lönndom/LIK, andit rightfully does so: those mesmerizing melodies in Amber is still present,but much more desolate and rustic, and in many passages even decade andwithered - another somber trail without end. Borkr again did what he's bestknown for --- creating sonic labyrinths inside those endless woodlands andstilled creeks forever trapped in the past, only this time everything vanishedinto the rusted color of copper.

It's an honor that Pest Productions willrelease this long awaited sequence in the the end of this June! 6-panel digipackCD and limited to 200 copies！Moreover, weshall re-issue "The Trilogy" albums on pro-CD, namely"Cosmogaia", "Parallel Worlds of Sorrow" and "The Endof Tumult", originally released between 2014 and 2016 by E.D.I.E.H. whichis another main project of Borkr. These three albums were only pressed in avery small quantity on CD-r by the band.