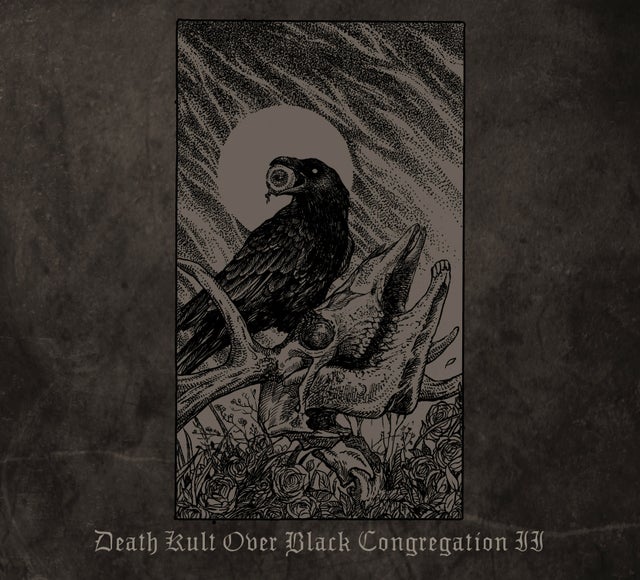 In last fall we released the well-acclaimed compilation 《New Wave of Chinese Black Metal——Death Kult Over Black Congregation》in the format of digital and physical cds, a compilation that features 12 new BM bands with a variety of genres under the banner of Pest Productions, which drew attention both in and outside China: bands like Vengeful Spectre, Throat Cutter, Sintala Rána, Reverie Noire, and织噪 have all released their own debuts afterwards through Pest.

It's a great pleasure of us to inform you that, this new wave of CBM is far from over and our torches haven't been extinguished yet by this year of plague: we have been witness another emergence of new black metal acts, with a much more diverse approaches of subgenres than those of last year: from old school bm, dsbm, blackened death, up to nihilist bm, black/thrash, post bm/shoegaze, and medieval folk bm, many of which have uploaded some songs on underground Chinese platforms.

As for now, Pest Productions decide to unite these group of fresh blood and release the Volume II of New Wave of Chinese Black Metal——Death Kult Over Black Congregation this fall. Like the one released last year, the digital compilation is free to download through our Bandcamp page, while the physical cds will be sent as items not for sale in certain special offer. The compilation will be uploaded on Bandcamp Nov. 17th.

Physical CD limited to 500 copies on noble 6-panel digipak, including 150 copies only for overseas customers. CD will be sent free of charge since 17th November when orders for ONLY CD or vinyl are placed on the official webstore or bandcamp!