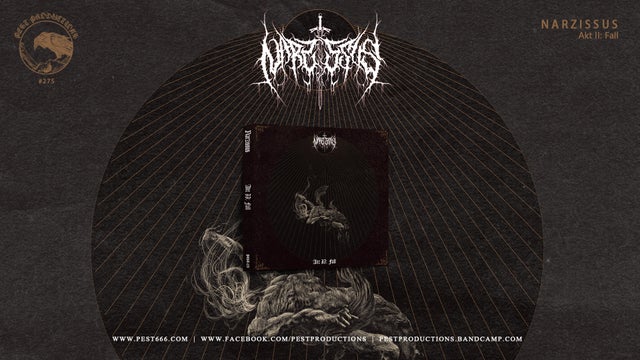 As the arrows of lightning pierce through heaven's veil, the banishment of man marks the ultimate illumination, with flaming melodies and atmosphere of enlightening triumph, we welcome you to take a look at the second Akt composed by NARZISSUS. Already proved his talent in past works, NARZISSUS was one of MK's most recent projects, and have released two EPs last year, which have generated quite some buzz among the underground scene: the orthodox but far from repetitive approach towards the essence of epic yet malicious melodic black metal instantly setting NARZISSUS apart from the rest. It's our pleasure to release their second EP, titled Akt II: Fall, in digipack cd format this April.