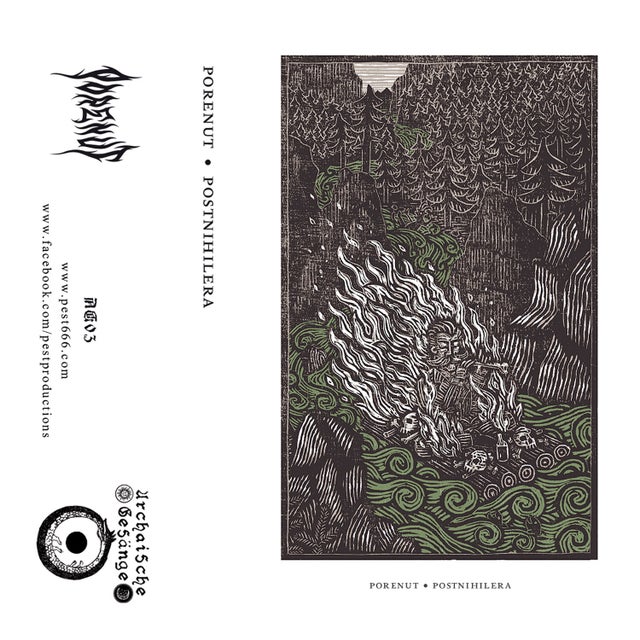 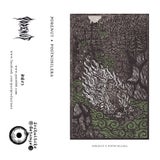 The absolute madness and ranting mumblings of dark tales fermented in the shadowy mashes and the gurgling creeks of Tatra are again reborn in Porenut's scabrous riff mass. Founded in 2008, Porenut may represent one of the most well-kept secret among Slovakia's underground scene, while almost a decade has passed since the band's first spell, Porenut still remained truthful to their fascination about the degenerate urban and its absurdity, yet their musicianship and openness for experiments has undergone a prominent amelioration, and the end result is their latest 2nd manifesto - Postnihilera. Like their previous releases, Postnihilera is an album filled with simple yet stinky songwritings of 90's Black Metal's rotting essence, while the amount of subtlety of folkish elements and unhinged experimental passages are overwhelming. By doing so, Porenut deliberately blurred the line between the tradition and the modern, with also a little dose of bitter humor of Post-Socialist countryside, which made Postnihilera one of the most surprising opuses this year, even more fitting concerning how fucked up this year of plague has been.